A red letter box suddenly appears in the middle of a bridge in Berkshire.

Uri Geller and other villagers have been left confused by the sudden arrival of a red letter box in the middle of a bridge.

The box has been placed a metre above the water on a parapet of the bridge, which crosses the River Thames in Berkshire.

People in Sonning-on-Thames said that the box can only be accessed by boat users.

Geller, who has lived in the village for 33 years, told BBC News he had “never seen anything like it”.

“This is a very unusual village. There are many sightings of a child ghost that walks on the bridge,” he commented.

“Maybe it was the ghost of a mischievous little girl? I have never seen anything like this anywhere in the world, it’s a new one on me.”

Royal Mail spokesperson Val Bodden said: “The recent appearance of a post box frontage on the side of the river bridge at Sonning is a mystery to us.

“It is certainly not an operational posting facility and we have no knowledge of how it arrived at this location.”

We spent the weekend in Copenhagen. There were very few phone boxes around which surprised me a little. Lots of post boxes and fire hydrants though. 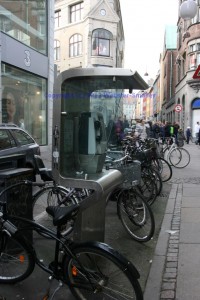 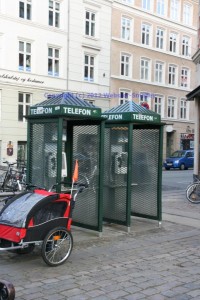 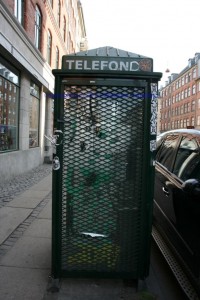 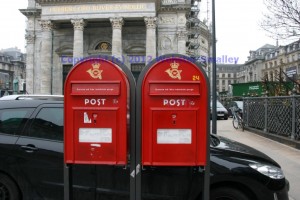 While we were in Christiania I accidently took a photo of a urinal, thinking it was some kind of art installation. Seeing as I have another in the blog somewhere I thought I’d include it. 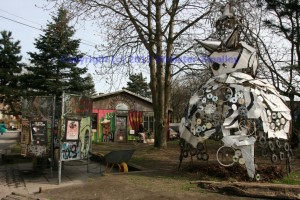 Comments Off on Copenhagen