Posted on November 18, 2020 | Comments Off on Online exhibition celebrates telephones in literature

I thought that my blog would become somewhat irrelevant over the years, as focusing on a piece of technology of the past would mainly be of interest to social historians. Yet our collected response to Covid-19 has proved me wrong. Communication is still a key feature of the make up of human beings. We all need to connect to someone. Yes, the technology has changed, but it’s still technology being put to the same use – to maintain contact.

A current online exhibition seems to prove my point. Click here for more:

“They can be objects of romance or harbingers of doom. They can provide plot twists, shocks, horror, comedy or character. Now the role of the telephone in literature, from the 19th century to the present day, is being celebrated in an online exhibition, Crossed Lines.

Readers of books, plays and poems were invited to send in their favourite references to telephones in literature, and almost 100 examples, from the earliest models to smartphones, were submitted from across the world…”

Comments Off on Online exhibition celebrates telephones in literature

I was listening to Radio 6 this morning and came half way into an interview with Pete Paphides. They were talking about his new book “Broken Greek”. What caught my ear was him talking about how, when he was young (I gather the ’70s as ABBA was mentioned) he would get money from his Mum to go to the phone box outside the fish and chip shop and listen to music. There was a 3 digit number you could ring that would play a different pop song every day. How fabulous.

Comments Off on Music box

This one is in Bluewater, Kent, and seems to have an iconic foyer. (I couldn’t bring myself to step inside. I guess I’m too old for that ****)

Comments Off on Selfie stores

I found this with other stuff I had put away in the cupboard at my mother’s house in Australia. I don’t know when I picked it up, maybe my travels in Eastern Europe c.1998. I only speak English so I don’t know if it’s funny or not… 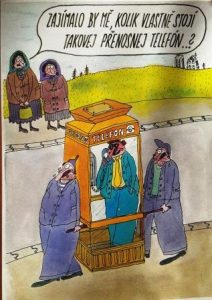 I also found a large stash of club and band flyers from the late 1980s and early 1990s. I’m setting up a blog to share those as well. This can be found at –

Comments Off on Foreign postcard

Posted on December 12, 2017 | Comments Off on New style UK phone box and more

I go to Finsbury Park, in north London, regularly and noticed the phone box  shown below had appeared since my last visit: 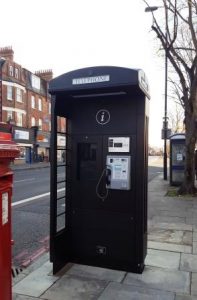 A few weeks later, just a couple of metres along from this box, appeared a freaky installation which I assume is a communication device.  I can’t call it a phone box as there is no box. What is it? If calling someone will you see their image in the long, thin screen? Feels a little Blade Runneresque. 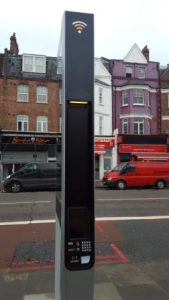 Comments Off on New style UK phone box and more 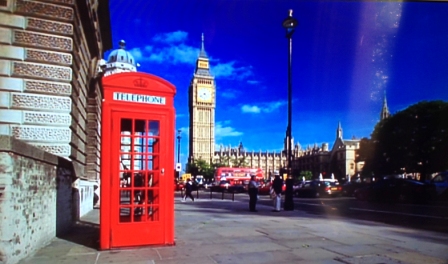 Not only will phone box numbers be reduced, today’s news tell us that Big Ben (in the background) will cease to chime for 4 years while undergoing repairs.

I woke to some sad news today – BT are phasing out UK phone boxes. Well it had to happen. I was in Poland recently and saw no phone boxes and wondered if this was going to happen elsewhere.

BT makes the suggestion that phone boxes can be adopted – well for £1 I’ll do that. I’m going to email them now for the details…

See below for the details from the press –

BT to scrap half of the UK’s remaining telephone boxes

BT is to scrap half of the UK’s remaining 40,000 telephone boxes and focus on the ones in locations where people are more likely to use them. In 1992 at their peak before mobile phones became popular, there were 92,000 phone boxes in the UK. Telephone boxes still handle 33,000 calls a day, but one third of kiosks are never used to make a call. BT said many phone boxes had become a burden and were expensive to repair and maintain.

“BT is committed to providing a public payphone service, but with usage declining by over 90% in the last decade, we continue to review and remove payphones which are no longer used,” a BT spokesperson told the BBC.

BT intends to scrap the 20,000 telephone boxes over the next five years. Out of the 40,000 phone booths still working, 7,000 are the traditional red phone boxes designed in 1935 to commemorate the silver jubilee of King George V.

More than half of phone boxes lose money and the number of calls is declining by more than 20% per year. The cost of maintaining telephone boxes annually is about £6m. BT is responsible for repairing damage to the kiosks, including replacing glass panes and broken receivers, as well as removing graffiti, rubbish and human waste.

It is estimated that 93% of all people in the UK now own a mobile phone, and 98% of the UK has 3G or 4G mobile internet coverage. However, phone booths are still used by children, the elderly, people who can’t afford mobile phones, and in emergencies when smartphone batteries go flat.

If there are two kiosks within 400m walking distance of a site, BT is allowed to remove one, as long as there is one left. But if the telecoms provider seeks to remove the only phone booth on the site, Ofcom rules state BT must inform the public and consult with the local authorities. The authority then has 90 days to object, which is known as a “local veto”.

“Payphone removals are carried out in strict adherence to Ofcom guidelines and, where appropriate, with the consent of local authorities. Where we receive objections from the local authority, we won’t remove the payphone,” said BT.

In areas where telephone boxes are not being used, many local communities have transformed and preserved phone booths by buying them for £1 from BT under the Adopt a Kiosk scheme. So far, more than 4,000 kiosks have been repurposed as mini-libraries and art galleries or to house defibrillation machines, information centres, shops and exhibitions.

Cross-post from The Guardian:

A much-loved but almost obsolete feature is set to vanish from thousands of British streets when BT presses button B to cancel calls in 20,000 phone boxes – a reference that would have to be explained to an entire digital generation which has never made a call from a public phone.

Faced with soaring maintenance costs and plummeting usage, BT plans to scrap half of the UK’s remaining public telephone boxes, many of which are now never used for their original purpose.

The phone boxes were once lifelines to the wider world at a time when many homes had no landline and the very idea of a mobile phone came from the wilder shores of science fiction. Today many are the sad and smelly last resting places of pigeons and half-eaten chicken takeaways, or worse.

Some 33,000 calls a day are still made from phone boxes, but about a third are only used once a month, and many are never used at all. Of those in more regular use, few earn enough money to cover maintenance costs.

The number of calls has been dropping by 20% a year, while the cost of cleaning, replacing broken glass panels, repairing vandalised receivers and removing graffiti and rubbish has risen steadily to about £6m a year.

“BT is committed to providing a public payphone service, but with usage declining by over 90% in the last decade, we continue to review and remove payphones which are no longer used,” a spokeswoman said.

Many of those that will survive the cull are traditional red cast iron boxes, 2,400 of which are Grade II listed buildings. The most famous design, cherished by collectors when they are decommissioned, is the K6 kiosk, created in 1935 by Sir Giles Gilbert Scott and inspired, bizarrely, by a tomb in Old St Pancras churchyard created by the Georgian architect Sir John Soane in 1816 to mark his wife’s grave.

At their peak there were 92,000 payphones across the UK, and queues in the street were a familiar sight at the busiest ones, where those impatient for their turn rapped indignantly on the glass to rebuke chatty callers.

BT is encouraging communities to reprieve some of those now condemned by paying £1 to adopt them so that they might join the 4,300 that have found new lives as tiny libraries, art centres, sites for lifesaving defibrillation equipment and, as in a particularly thrilling Archers plot line, local information points.

The cost of using a public phone box was measured out in old copper pennies for decades. T0day the minimum charge is 60p, which includes a 40p connection charge, and would be enough to pay for many calls and texts from most mobile phones.

Comments Off on Fools: BT to scrape half UK phone boxes

The return of Twin Peaks

‘Person of Interest’ my have ended but ‘Twin Peaks’ made a return, bringing the surreal mind of David Lynch to the small screen again – you were expecting weird but perhaps not this weird. I don’t know if the screen shot below is an alternative universe or what (created from atomic rage??) but glad to see a phone box features: 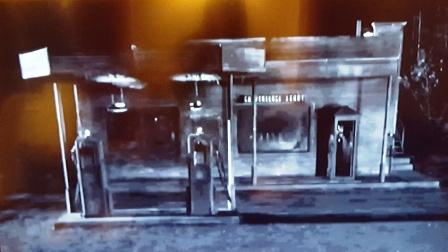 Comments Off on The return of Twin Peaks 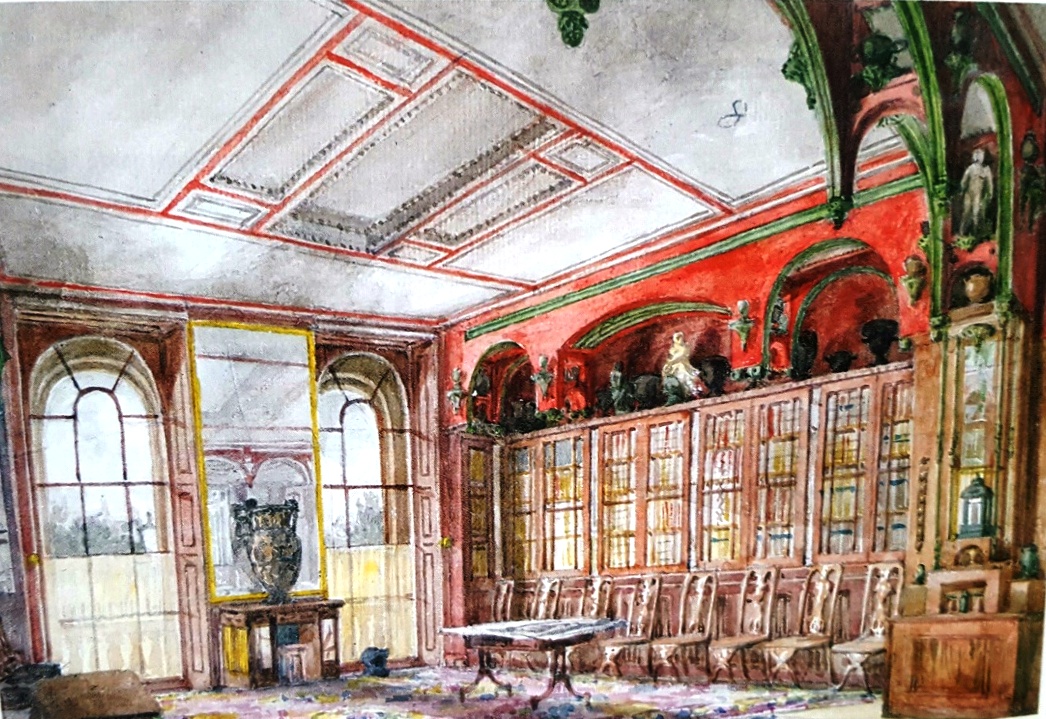 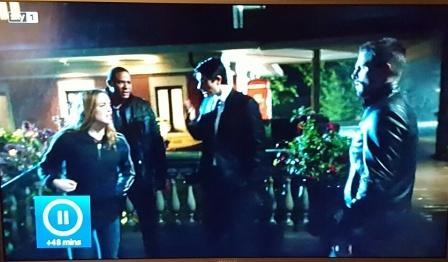 This was a recent episode from ‘Arrow’ set in the USA. So why is there a classic UK red phone box in the background? 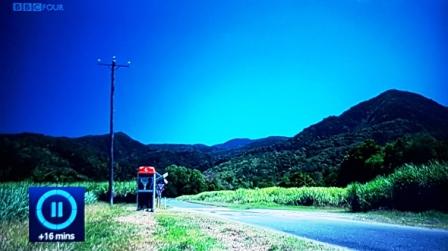 From ‘The Code’ season 2. A classic shot of the Queensland landscape…

and a classic movie –  ‘The Apartment’.

Comments Off on More on tv…

Posted on October 31, 2016 | Comments Off on Still very relevant

BT may be removing phone boxes in some parts of the UK but they are installing new ones in others parts. Today, in Bloomsbury, central London,  I walked past a very new building belonging to the University of London. It looks like fancy student accommodation. The foyer is bright and shiny and in the centre, standing proud, is a gleaming red phone box: 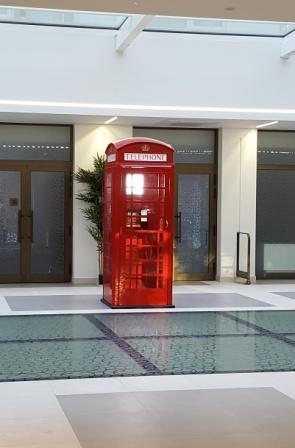 Comments Off on Still very relevant